Museum Musings: should we blame it on jetlag, or the hadeda’s half way round the world?

“Could you direct me to the coffee cart?” a middle-aged American woman asked me.
“Go upstairs and you’ll see it’s right there in the courtyard,” I said
“I must go up?” she said
“Yes,” I said
“Is that up?” she said, pointing to the ascending staircase next to us.

“How do I get here?” the twenty-something American woman asked me, pointing to the map of the museum, but before I could answer her, she added, “Is it the same exhibit as the one up here on the second floor, because I’ve already seen that, and I didn’t care for it?”
“Every gallery is different,” I told her.
“Are you sure?” she asked.

Why are people asking me such silly questions?

In an attempt to come up with a plausible explanation I wondered whether they’re all suffering from jet lag?  After our trip to South Africa, I understand how hard airtravel is on the body. We left L.A. on Sunday night at 10pm and arrived in Johannesburg on Tuesday evening around 5pm, I was bleary eyed from two sleepless nights, my stomach didn’t feel so good filled up with all those airplane meals, the only exercise being the walk to the little loo and back to my seat, and also after sitting so long my back and neck were stiff and aching, and my bum was complaining about the thin seat cushion… 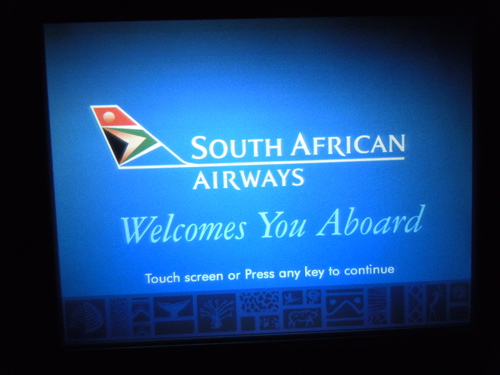 our home for the next 18 hours

dinner is served on SAA 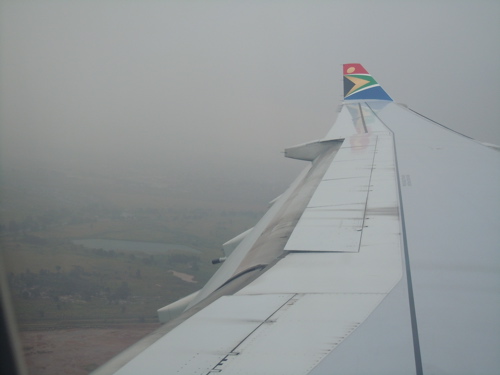 finally, a view of land out the window ..

It took over a week to get over the jet lag, but we never really caught up on our missed sleep, because the birds in Johannesburg – especially the Hadeda Ibis which start their loud unmistakable “haa-haa-haa-de-dah” calls around 5:30 a.m. – make it impossible for anyone to sleep in.

This post needs a soundtrack – the words, the birds, the music!

Take the few minutes and watch this film of the Hadeda Ibis – and try to imagine what it’s like being woken up by that screaming, every morning without fail, and at 5:30 a.m

A 2008 documentary of Johannesburg’s favorite bird
by Andrew Yamaguchi

But that still doesn’t answer the question I asked at the beginning:  Why am I being asked so many silly questions? Not everyone I see is suffering from jetlag, and we don’t have Hadeda Ibis’s waking us up at the crack of dawn in L.A.? 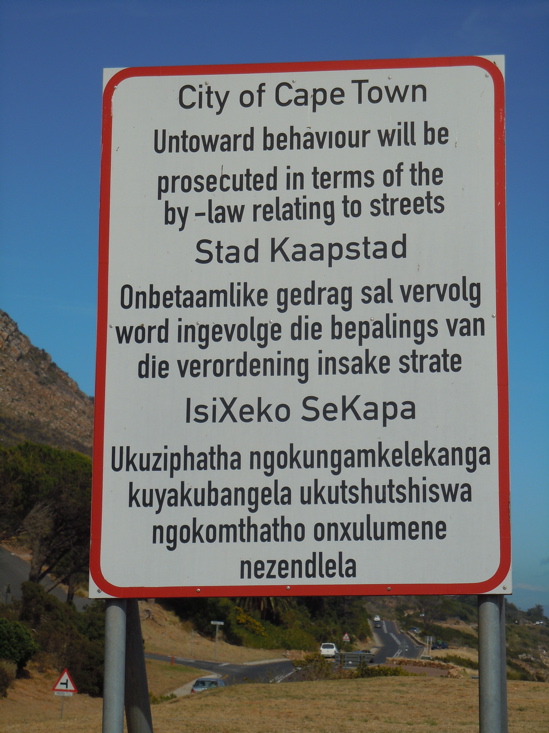 We think we need so much, when all we really need is time to breathe. Come walk with me, put one foot in front of the other, and get to know yourself. Please click the link to my blog - below - and leave me a comment. I love visitors.
View all posts by dearrosie →
This entry was posted in Museum Musings, South Africa, Tutto va bene, Wandering, Wondering and tagged Hadeda Ibis, Johannesburg, Rosanne Freed blog, South Africa, South African Airways, travel. Bookmark the permalink.

11 Responses to Museum Musings: should we blame it on jetlag, or the hadeda’s half way round the world?